All the statistics tell the same story, the housing market is “clearly cooling,” even though the national average dwelling value hit a record high of $952,078 in June.

That was up by 4.3% compared to three months earlier and up by 26.4% compared to July last year. The cooling effect can be seen in the amount average dwelling values are increasing.

So over that three month period, the amount by which the country’s average dwelling value increased each month has declined from $18,719 to $8895.

On a percentage basis, the three monthly growth rate has declined from 8.8% in May to 4.3% in July.

The market is clearly cooling now as a result of government and Reserve Bank policy initiatives aimed at dampening the enthusiasm of investors. With looming interest rate rises, we’ll likely see a continuation of this trend.

All of the 16 major urban centres tracked by the House Pricing Index showed a reduction in the rate of growth in July compared to June, with two areas, Rotorua and Marlborough showing declines in average values.

In Aucklands generalised data, the average value sits at $1,352,677 and over the past 3 month period experienced growth at 3.5%. This value is also attributed to high numbers of new home sales and developers purchasing higher priced mixed urban areas being in high demand for duplex development. A year on year decline in real estate listings is causing further restriction in people’s ability to purchase freely.

The fundamentals of the property market are still strong, so we’re unlikely to see a wholesale reduction of values anytime soon, but we may begin to see quarterly value growth taper off in some localities altogether, and even some small reductions as we come to the end of the current growth cycle.

Let’s look at the local sales:

The conversations we are having with all our clients at present is to secure the property you want before you sell, its proving a lot harder to buy than to sell. Use an agent that can navigate both the purchase and the sale, and get your ducks in a row before you get underway.  Give me a call today on 0800 900 700 for more information. After 16 years of making people my priority in real estate, you will benefit from unparalleled experience, care and commitment. It costs no more to use a more experienced customer focused agent that puts you, front and centre.

The lowdown on protein powders

We all know how important protein is and I have written about this before.

To recap, we need protein for the structure of our body for the growth, maintenance and repair of all our tissues and to transport our nutrients to our cells. It is a fundamental part of our immune system - making antibodies and other substances that fight infections.. Let me start by introducing myself, my name is Reagan, founder of Olki Straws.

We are a locally owned, West Auckland based business with a vision for national and international markets. We make paper straws but not just plain boring straws, we have three fun and fresh, fruity designs to appeal to parties and those passionate about the environment...

Time to get your teeth professionally cleaned? 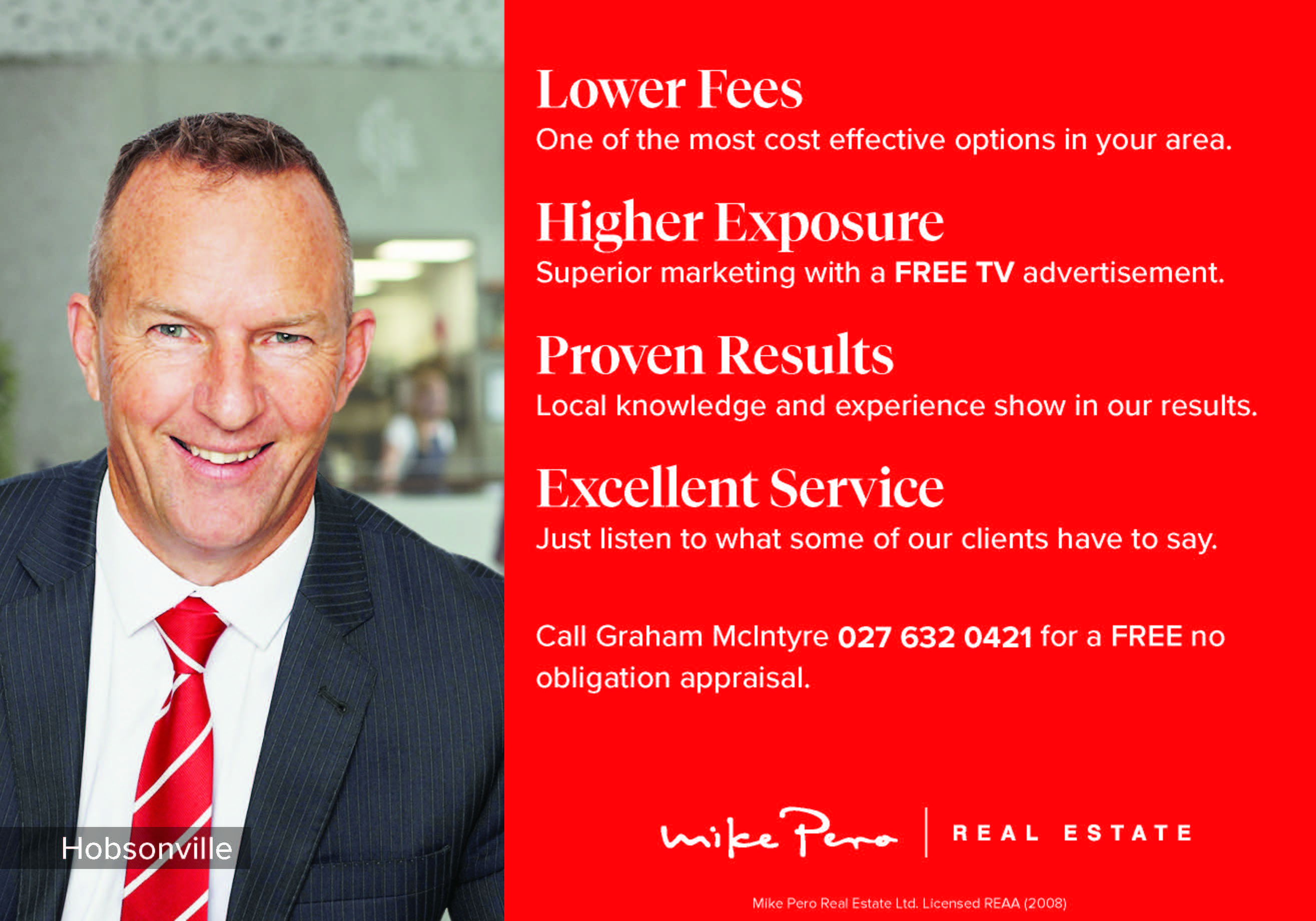 Advertise in the Westerly

Find out how you can reach over 10,000 households and businesses across Westgate, West Harbour, Hobsonville and Massey